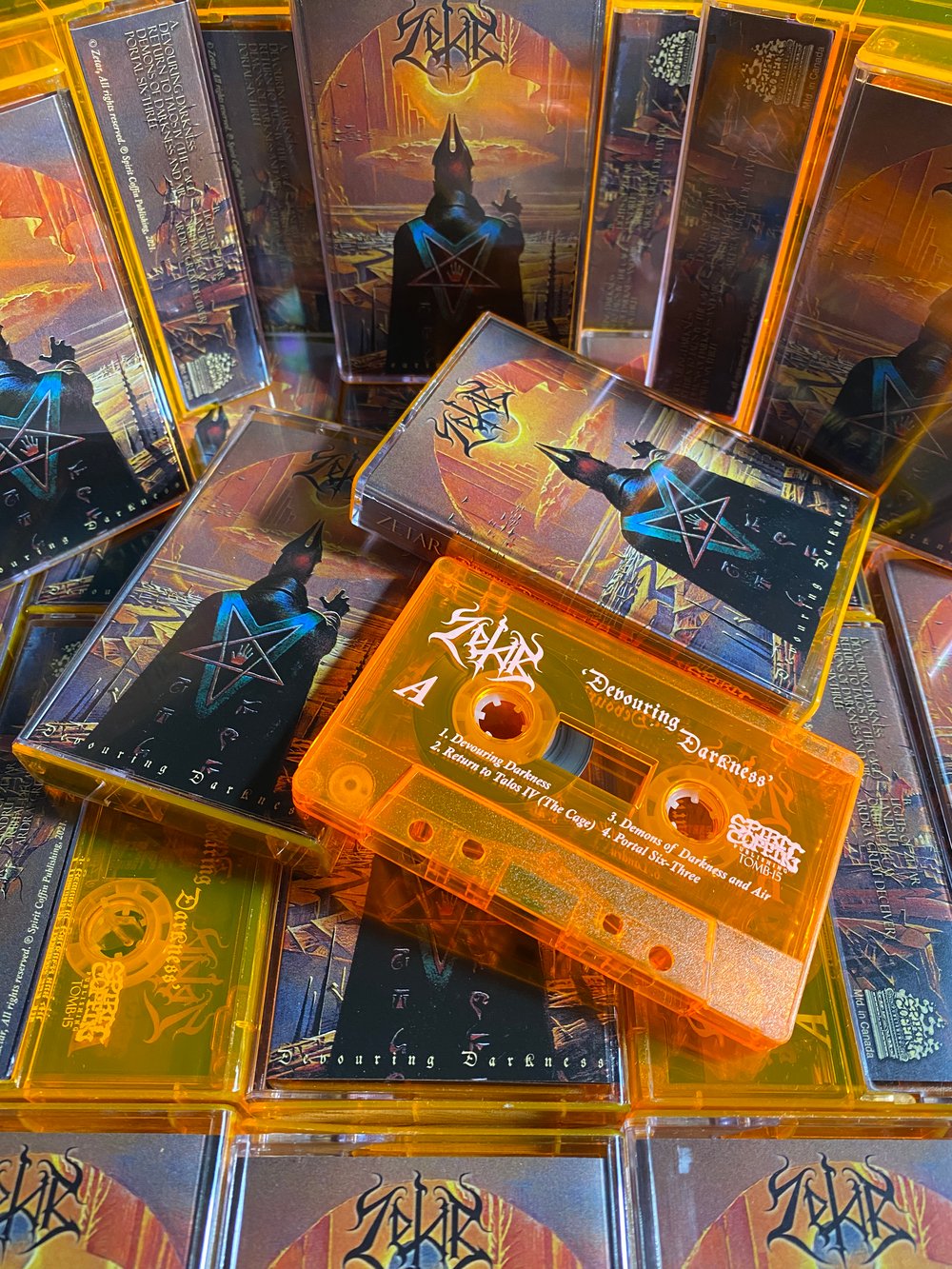 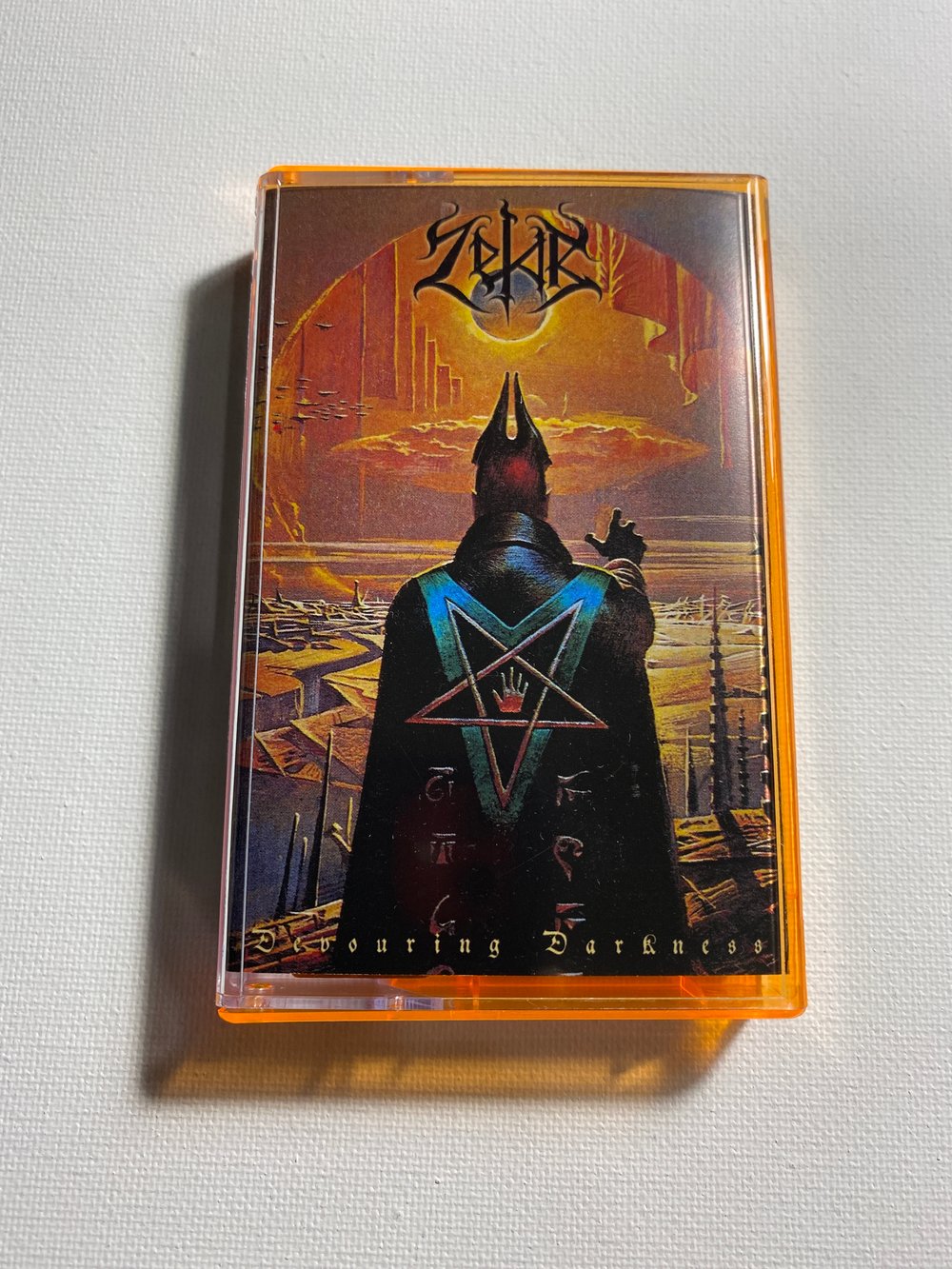 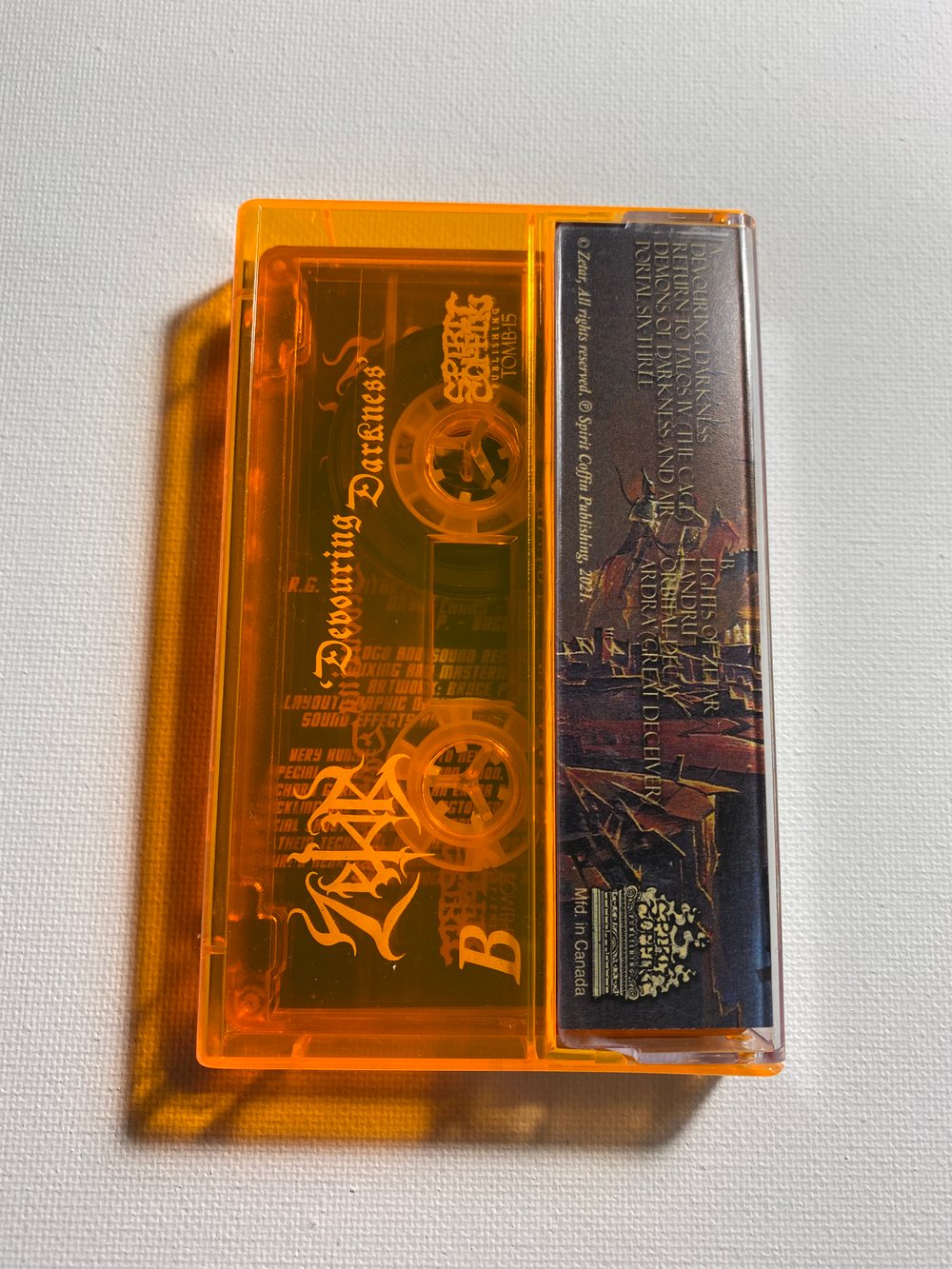 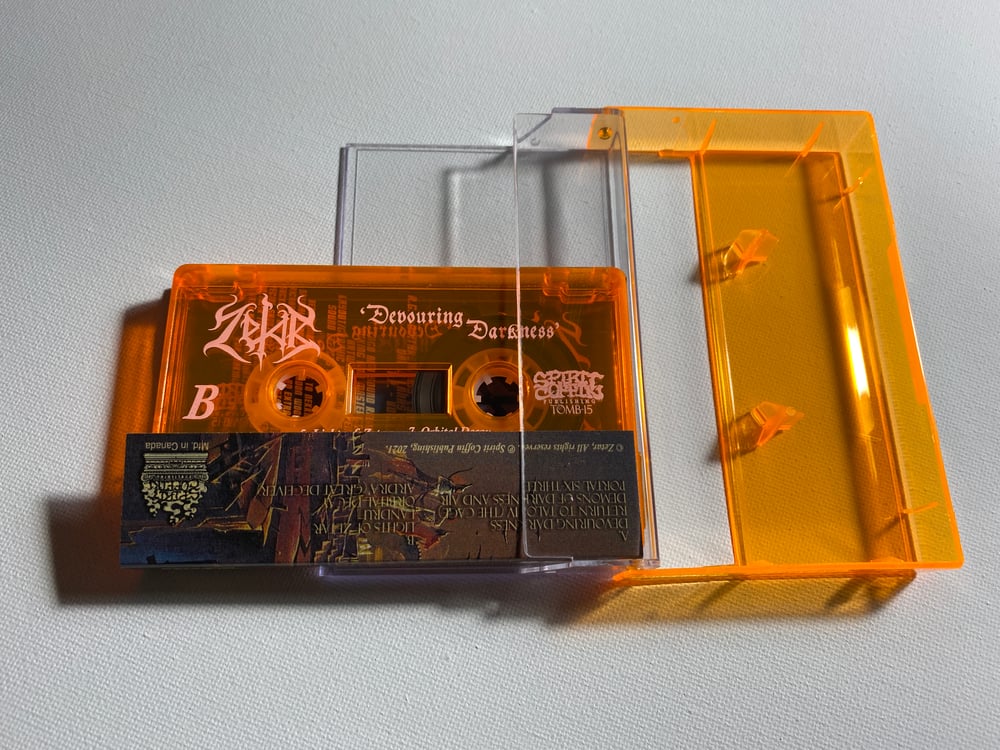 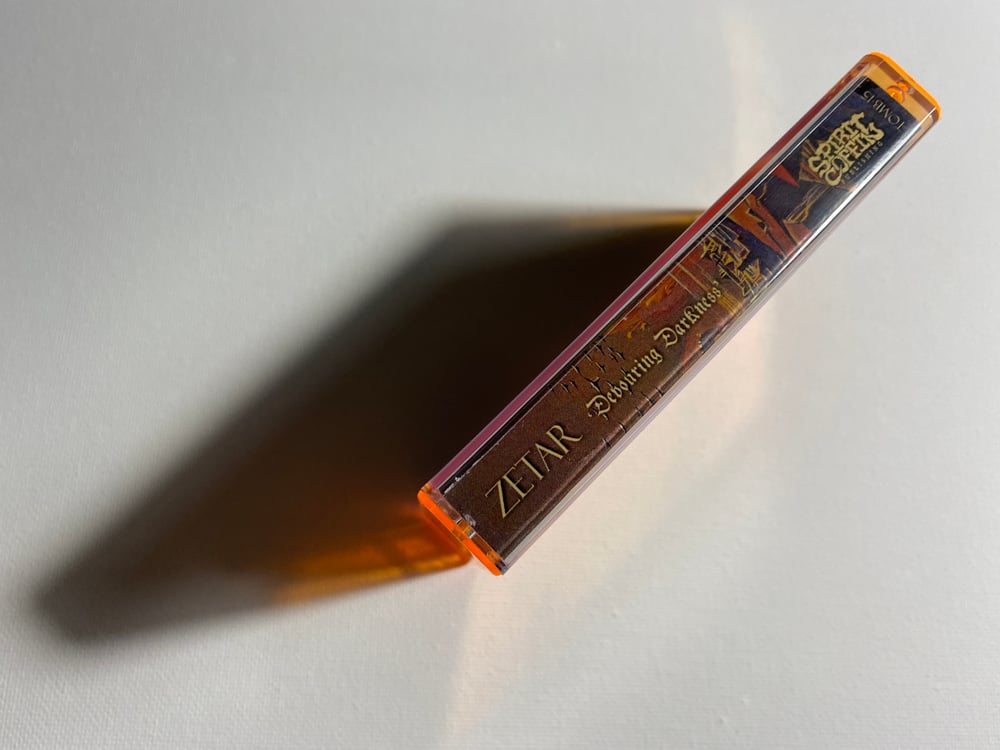 40:01 minutes. Ltd. single run of 50 copies, The cassette is Fluorescent Orange tinted (but still see-thru) with White pad printing direct to tape. The case has a Clear front and a Fluorescent orange back. Insert will be J-Card+1, Double-sided, full color. All professionally made, not shrink-wrapped. All copies include a download code via Bandcamp on the day of release.

"Named for a planet of telepaths who'd transcended into a roaming mass of pure psychic energy to curtail their own meteoric extinction, sci-fi themed black/death metal trio ZETAR initially formed in 2019 as a solo act via Austin, Texas-area musician R.G. who'd forgo the public demo process in favor of developing recording and compositional skills in private alongside a host of talented international conspirators. The circle was complete with the addition of French vocalist T.P. and relentless Ecuadoran drummer David Lanas both of whom add their own extra-dimensional touch of madness and malevolence to the album's living and breathing psychic mass.